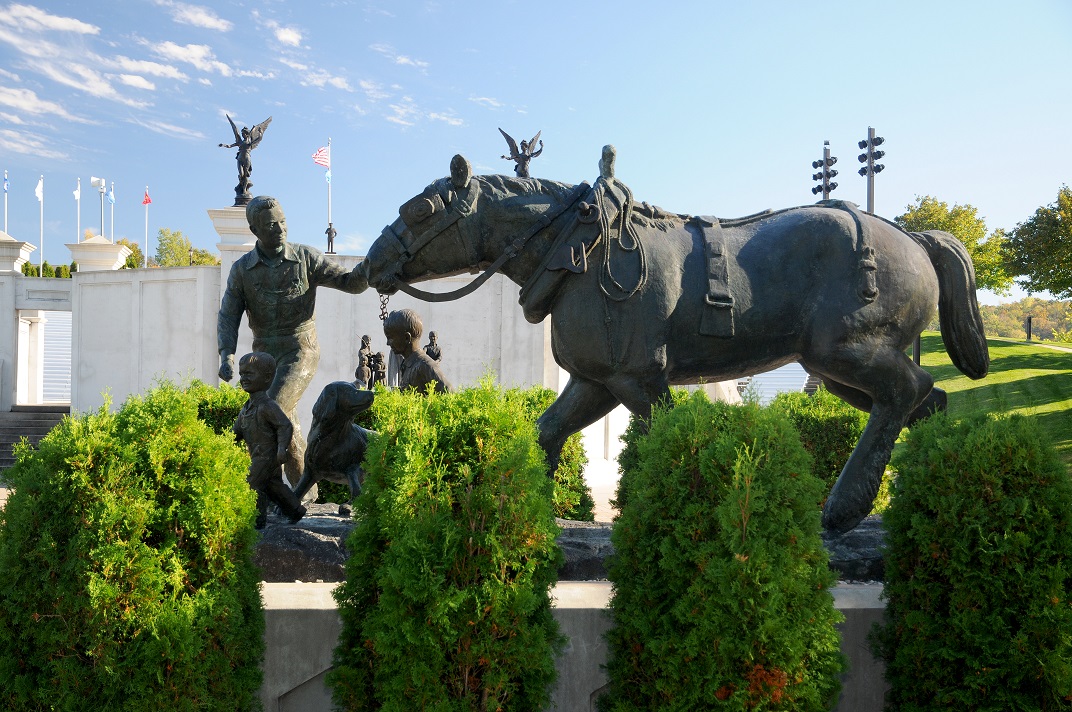 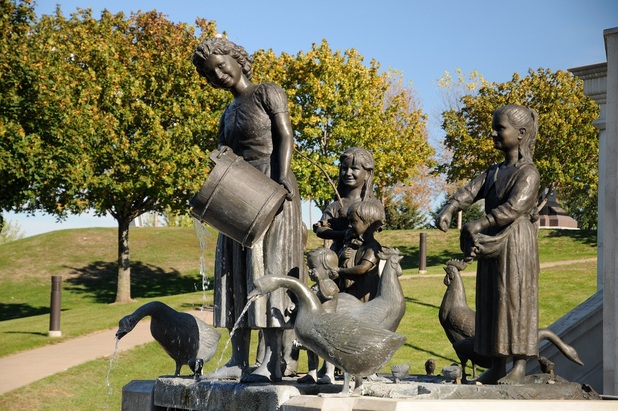 Fifty years ago Arcadia was awakened from a dream of wilderness, by a party of pioneers who came from far and wide to seek homes in the Valley of Trempealeau. Collin Bishop, George Shelley and James Broughton had made the journey by team form Southern Wisconsin to Fountain City, driving with them a herd of fifteen cattle. At La Crosse they learned of the vacant land located in the town of Preston, which then included the present town of Arcadia.

They hit the trail with eager feet for their hopes were high, and before them drifted visions of future homes of peace and plenty. Over hills and through valleys across streams and through dimpling meadows of wild grass they workd their way and in a few hours the Glencoe Ridge was reached. Here they were overtaken by a lone footman, who was also looking for land. Their new companion was Noah Comstock, a tried and faithful pioneer who brought with him the experience of a "Forty-Niner" and whose knowledge of surveying was a valuable aid to the land seekers. The party journeyed on and soon arrives at the home of George Cowie, where they remained all night. Early the next morning they set out for their destination, and inspired by the fresh autumn air and the exhileration of adventure the distance to the Trempealeau River was soon covered.When the river was reached they drew cuts to see who would wade the stream and find a fording place. This was easily accomplished for the water was only a little more than knee deep and a fording place was found just a short distance from where the bridge now stands. From the river to the hill they followed an Indian trail that lead over nearly the same ground where our Main Street is now located. When the summit of the hill was reached, a tree was sighted and owning to the scarcity of trees the land hunters decided to examine it for a bearing tree. They were disappointed for when they came to the oak it proved to be just what they had anticapated, and not far from it was a hole in the ground which after examining Mr. Comstock concluded was a section post mark. The day was spent in looking over the new country and examining its soil, and general features. At night the men returned to Mr. Cowie's home and the next day they came back prepared to take each a quarter section of land and select a favorable building spot. This done, they returned to Fountain City well satisfied with the prospects of the new country. Late in the fall, Collins Bishop hired James Broughton and Mr. Davis to build a house on his quarter-section. They erected the building near the bearing tree, the site chosen by Mr Bishop, and used logs for the main part with boards for the roof. This was the first house erected in Arcadia, and some of the boards from the old cabin are still doing good service on Mr Bishop's barn in East Arcadia. 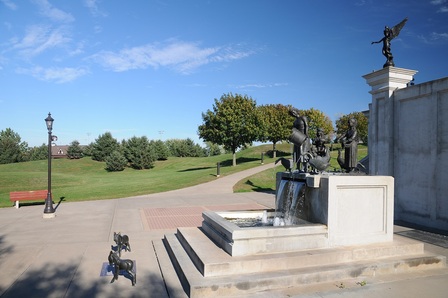 Click the image to enlarge
This was in 1856 and it now became necessary to decide on a name for the new town. Previous to this time it was know as Bishop's settlement and some called to Barn Town on account of the number of barns erected by the early settlers. The petition regarding the formation of a new town was granted, and so one winter day the pioneer neighbors met at Mr Bishop's cabin for the purpose of nameing the town. The women were give the privilege to name it and Mrs. David Bishop (Mrs. Chas Mercer) offered the name Arcadia, which had been suggested by Noah Comstock. Arcadia with its brand new name grew steadily and with the growth came the inevitable changes that have made the world wonder at our western mode of rapid development. It might be interesting to know how mistakes are responsible for the nameing of two of our prominent bluffs. To be brief - Noah Comstock's mistake in regard to the section postmark in the ground near the old bearing tree gave him a bluff in East Arcadia. He was not compelled to retain the quarter section contain this waste of land, but ever since the mistake was discoverd the bluff has been called by his given name, "Noah's Bluff". Barn's Bluff was called Gage's Barn until the railroad was built, when it was changed to its present name. Mr Gage on his way across the hills from Trempealeau on a moonlight night saw in the distance what he supposed to be a barn, and on arriving at Mr. Bishop's house he told of what he had seen, and wanted to know whose barn it was that attracted his attention, and caused him to turn toward the lighted cabin window, where he found a hearty welcome within. From that day until the railroad come the bluff was called Gage's Barn. Few towns of our age and size have in their possession the original first settler, and we should feel proud to have in our midst the venerable pioneer who saw the dawn of Arcadia, and who helped to pave the way to our present prosperous condition. He still tills the soil on the old place he took as a home fifty years ago, and although the snowy hand of winter has touched his brow he still possesses a clear and active mind that reflect the wholesomeness of a full orbed life. His fibre is akin to the old oak under which he reared the first cabin in the town and with a memory rich in all the wide variety of interesting events of life he enjoys recounting the experiences of the pioneer days gone by. He is the last of the first settlers and in looking back over the departed years he can see the great contrast between the early awakening of the little settlement and the progressive and modernly equipped town of today. The dream of the pioneer has been more than realized. He has seen our country change from a favorite hunting ground of the Indian, to a rich agricultural land, from a low marshy swamp, to a beautiful and prosperous village, from a wilderness, to a populous community, where there is an abundance, and where instead of barren hills and valleys in a wild state of nature we have the cozy homes of a contented people, nestled among the woodlands, where silence has departed and left in her stead, the song of the housewife and plowboy.

About The Above Mural

The Mdewakanton Band of the Dakota (Sioux) believed that they were the most important of all the Dakota because they occupied the gate to the Western World. About 300 in number, they maintained a year round village on the site of Winona which they called Keoxa (the homestead). Their leader was Wapasha and this area was also known as Wapasha's Prairie, and to the French, La Prairie Aux-Ailes (Wing's Prairie). With elk and buffalo still roaming this land, the Dakota depended on hunting but were also agriculturalists cultivating crops of corn, beans, squash & tobacco.

As the fur trade moved westward, connections were made between the Dakota and new-Americans. James Allen Reed was a hardy frontiersman who had gained the respect of the natives and dealt with them fairly. Reed was appointed as government farmer for Wapasha's band from 1842-1851. Reed and L.H. Bunnell built the first building at the location of  Second and Center, a government store house in 1844 and with Chief Wapasha's permission, built the Bunnell family's first home. The treaty signed by the Dakota in 1851 resulted in them evacuating their homestead.

Nothing changed this area as quickly as steam transportation. Landing sites for steamboats were very important to riverboat captains and largely contributed to the development of the Upper Mississippi River Valley. Captain Orrin Smith recognized that Wapasha's Prairie could become the gateway to southern Minnesota and landed his ships  carpenter to stake claim in 1851. He chose the name Montezuma but soon Henry D. Huff asked permission to change it to Winona after the Dakota word We-no-nah meaning "first born daughter".

Catherine Goddard Smith came to Winona in 1852 and was one of Winona's first pioneer women. She was called "Aunt Catherine" and was known for her humility, kindness & generosity. She helped start the first church, school and ran a boarding house. Times were difficult in these early years as the terrain was rough, diseases were killing people, claim jumping was an issue and it took strong pioneering spirits to stay.

You Can See This Mural at The Winona County Historical Society 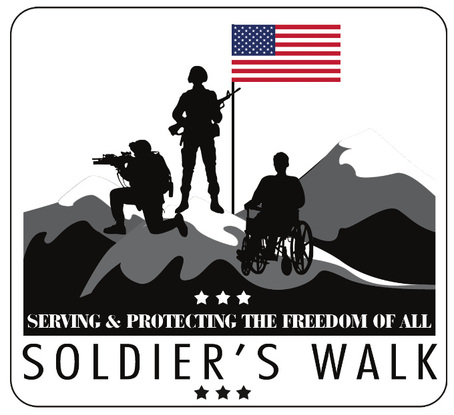