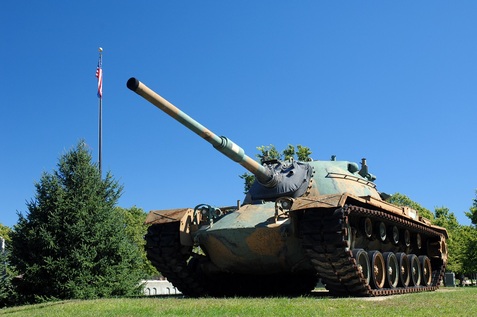 Click the image to enlarge
﻿The M48 Patton Tank﻿ 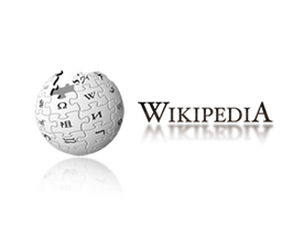 Click the image to read the original information
The M48 Patton is a main battle tank that was designed in the United States. It was the third tank[3] to be officially named after General George S. Patton, commander of the U.S. Third Army[4] during World War II and one of the earliest American advocates for the use of tanks in battle.[5] It was a further development of the M47 Patton tank. The M48 Patton was in U.S. service until replaced by the M60.[4] The M48 served as the U.S. Army and Marine Corps's primary battle tank in South Vietnam during the Vietnam War. It was widely used by U.S. Cold War allies, especially other NATO countries.


The M48 Patton tank was designed to replace the previous M47 Pattons and M4 Shermans. Although largely resembling the M47, the M48 Patton was a completely new tank design. Some M48A5 models served well into the 1980s with American forces, and many various M48 Patton models remain in service in other countries. The M48 was the last U.S. tank to mount the 90 mm tank gun, with the last model, the M48A5, being upgraded to carry the new standard weapon of the M60, the 105mm gun.

On 27 February 1951, OTCM #33791 initiated the design of the new tank, designated the 90mm Gun Tank T-48 (the prefix letter "T" would be replaced by the prefix "X" beginning with the M60 series tank).[6] A deeper modernization than the M46 and the M47, the M48 featured a new hemispherical turret, new redesigned hull, and an improved suspension. The hull machine gunner position was removed, reducing the crew to 4. It was essentially a new tank. On 2 April 1953, the Ordnance Technical Committee Minutes (OTCM) order #34765 standardized the last of the Patton series tanks as the 90mm Gun Tank M48 Patton.[4]

Nearly 12,000 M48s were built from 1952 to 1959. The early designs, up to the M48A2C's, were powered by a gasoline 12-cylinder engine which was coupled with an auxiliary 8-cylinder engine (called the "Little Joe"). The gasoline engine versions gave the tank a shorter operating range and were more prone to catching fire when hit. Although considered less reliable than diesel powered versions numerous examples saw combat use in various Arab-Israeli conflicts. The low flashpoint of MIL-PRF-6083 hydraulic fluid used in the recoil mechanisms and hydraulic systems for rotating weapons or aiming devices is less than 212 °F (100 °C) and could result in a fireball ball in the crew compartment when the lines were ruptured from incoming fire.[7] It was not peculiar to the M-48 and is no longer used in combat armored vehicles being replaced with fire resistant hydraulic fluid. Beginning in 1959, most American M48s were upgraded to the M48A3 model which featured a more reliable and longer range diesel power plant. M48s with gasoline engines, however, were still in use in the US Army through 1968 and through 1975 by many West German Army units including the 124th Panzer Battalion.

M48A3[edit]In February 1963, the US Army accepted its first of 600 M48 Patton tanks that had been converted to M48A3's, and by 1964, the US Marine Corps had received 419 Patton tanks. The A3 model introduced the diesel engine, countering the earlier versions' characteristic of catching fire.[8] These Pattons were to be deployed to battle in Vietnam.[4] Because all M48A3 tanks were conversions from earlier models, many characteristics varied among individual examples of this type. M48A3 tanks could have either 3 or 5 support rollers on each side and might have either the early or later type headlight assemblies.
In the mid-1970s, the M48A5 upgrade was developed to allow the vehicle to carry the heavier 105 mm gun. This was designed to bring the M48s up to speed with the M60 tanks then in regular use and to simplify ammunition logistics. Most of the M48s were placed into service with reserve units by this time.

By the mid-1990s, the M48s were phased out of U.S. service. Many other countries, however, continued to use the M48 models.

The M48 traveled at speeds of about 30 mph. Armor plating on the M48 varied from 76-120 mm, with the heaviest armor reserved for the front of the tank's hull. The M48 was separated into three compartments: the driver's compartment, the fighting compartment where the Gunner, Loader, and Tank Commander fought, and the engine compartment. The M48 carried a 90mm turret-mounted main gun, capable of rotating to fire in any direction, as well as one 7.62 mm machine gun, and one .50 caliber machine gun. Above the main gun was a 1 million candlepower Xenon searchlight. It was bore sighted with the main gun and gun sights so that it could be used to illuminate a target at night.

The entire purpose of the tank is to carry the main gun into battle. The armor is provided to ensure that the crew is protected from shrapnel (a main cause of battlefield casualties) and small fire. The driver gets the tank to firing position, the TC selects targets, the loader ensures the weapon is loaded with the correct ammunition, and the gunner ensures the round strikes the target.

When first deployed, the M48-A3 had for the 1960's a state-of-the-art fire control system. At the time computers were mechanical, and range to the target was provided by a stereoscopic range finder, which functioned similarly to a 35mm camera. An end-box on each side of the turret exterior held a prism-type mirror. Turning a hand-crank on the range finder would pivot these mirrors until the double-image in the range finder merged. As the distance between the mirrors is exactly known, a little trigonometry provided the range (in meters) to the target. This information was displayed on a range indicator, and also fed to the ballistic computer by a rotating shaft. The ballistic computer was a collection of gears and cams (nothing was solid state) that had a handle so that the gunner could select the type of ammunition that was to be fired. Each round had a different muzzle velocity, and therefore the computer had a different cam for each type. The computer would take the range data, merge it with the velocity data, and via a set of rotating shafts, supply this information to the gun's super-elevation mechanism, resulting in the gun being elevated above the gunners line of sight sufficiently for the round to overcome the downward pull of gravity on its way to the target. The gunner's sight however remained locked on the

A good crew, in peacetime qualification, was able to stop from a speed of 20 mph, acquire the target, and get off a first round kill at 2,000 yards in seven seconds; 90% of the time. This required excellent teamwork and communication on the part of the entire crew. In Vietnam where typical engagement ranges could be measured in feet rather than in yards made the precision fire control system almost irrelevant. It was not unusual to have the TC lay the main gun by eye and fired using the commander's override control. Most M48's in Vietnam had the TC .50 cal mounted on top of the cupola on a simple pintle mount. This location gave a better field of fire, was faster to reload, increase the capacity of available ammo to fire, and less prone to jamming than when the M2 was placed on its side inside the armored cupola. It was not unusual to see the gunner, loader, and TC riding on the turret roof or the hatch lids when mines were expected.

Rocket Propelled Grenades (RPG) were a constant threat in Vietnam; M48 tanks countered this threat by mounting spare track blocks on the infantry rail on the side of the turret. The bustle rack was extended with welded steel and loaded with cases of C-rations and the crew's duffel bags. Since anti-tank rounds require a certain standoff distance to function effectively, the track blocks, C-rations, and duffle bags acted as a standoff shield causing the RPG to explode prematurely.

Canister and HE were the primary main gun ammunition types used in Vietnam. Beehive was effective, but usually in short supply. WP was useful, but dangerous to carry since it ignited if split open by a mine or RPG strike, so crews tended to expend it as soon as possible. Heat (HE) was usually preferred against bunkers.