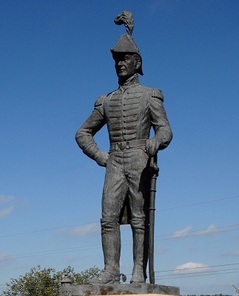 was a 32-month military conflict between the United States of America and the United Kingdom of Great Britain and Ireland, its North American colonies and its Indian allies. The outcome resolved many issues which remained from the American War of Independence, but involved no boundary changes. The United States declared war in 1812 for several reasons, including trade restrictions brought about by Britain's continuing war with France, the forced imprisonment of American merchant sailors into the Royal Navy, British support of American Indian tribes against American expansion, outrage over insults to national honor after humiliations on the high seas, and possible American interest in annexing British North American territory (part of modern-day Canada) which had been denied to them in the settlement ending the American Revolutionary War.
More On The war of 1812 here 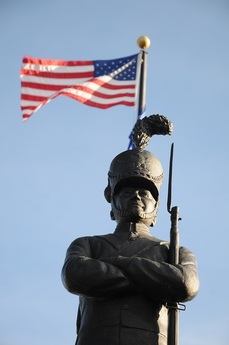 was a conflict in 1898 between Spain and the United States, the result of American intervention in the Cuban War of Independence. American attacks on Spain's Pacific possessions led to involvement in the Philippine Revolution and ultimately to the Philippine–American War.

Revolts against Spanish rule had occurred for some years in Cuba. There had been war scares before, as in theVirginius Affair in 1873. In the late 1890s, American public opinion was agitated by anti-Spanish propaganda led by journalists such as Joseph Pulitzer and William Hearst which used yellow journalism to criticize Spanish administration of Cuba. After the mysterious sinking of the American battleship Maine in Havana harbor, political pressures from the Democratic Party and certain industrialists pushed the administration of Republican President William McKinley into a war he had wished to avoid.
more on the spanish-AMERICAN war here 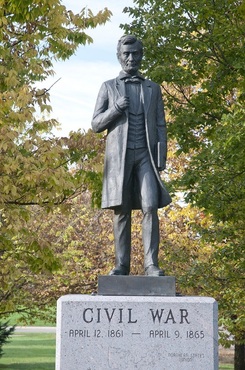 Lincoln led the United States through its Civil War—its bloodiest war and its greatest moral, constitutional and political crisis. In so doing he preserved the Union, abolished slavery, strengthened the national government and modernized the economy.

His election prompted seven southern slave states to form the Confederacy. No compromise or reconciliation was found regarding slavery.

Lincoln closely supervised the war effort, especially the selection of top generals, including commanding general Ulysses S. Grant. He made the major decisions on Union war strategy, Lincoln's Navy set up a naval blockade that shut down the South's normal trade, helped take control of Kentucky and Tennessee, and gained control of the Southern river system using gunboats. He tried repeatedly to capture the Confederate capital at Richmond. Each time a general failed, Lincoln substituted another until finally Grant succeeded in 1865. 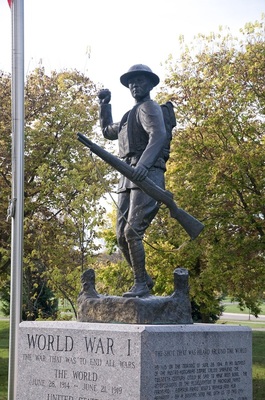 Aso known as the First World War, was a global war centered in Europe that began on 28 July 1914 and lasted until 11 November 1918. From the time of its occurrence until the approach of World War II, it was called simply the World War or the Great War, and thereafter the First World War or World War I. In America, it was initially called the European War. More than 9 million combatants were killed; a casualty rate exacerbated by the belligerents' technological and industrial sophistication, and tactical stalemate. It was the 5th-deadliest conflict in history, paving the way for major political changes, including revolutions in many of the nations involved. 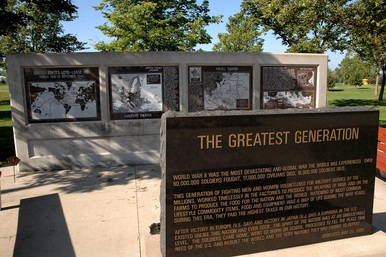 WWII or WW2 also known as the Second World War, was a global war. It is generally considered to have lasted from 1939 to 1945, although some conflicts in Asia that are commonly viewed as becoming part of the world war had begun earlier than 1939. It involved the vast majority of the world's nations—including all of the great powers—eventually forming two opposing military alliances: the Allies and the Axis. It was the most widespread war in history, and directly involved more than 100 million people, from more than 30 different countries. In a state of "total war", the major participants threw their entire economic, industrial, and scientific capabilities behind the war effort, erasing the distinction between civilian and military resources.
more on world war 2 here 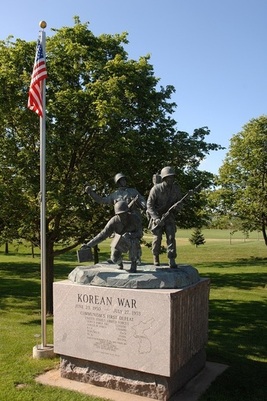 (25 June 1950 – 27 July 1953)[29][a][31] was a war between the Republic of Korea (South Korea), supported by the United Nations, and the Democratic People's Republic of Korea (North Korea), at one time supported by China and the Soviet Union. It was primarily the result of the political division of Korea by an agreement of the victorious Allies at the conclusion of the Pacific War at the end of World War II. The Korean Peninsula was ruled by the Empire of Japan from 1910 until the end of World War II. Following the surrender of the Empire of Japan in September 1945, American administrators divided the peninsula along the 38th parallel, with U.S. military forces occupying the southern half and Soviet military forces occupying the northern half. 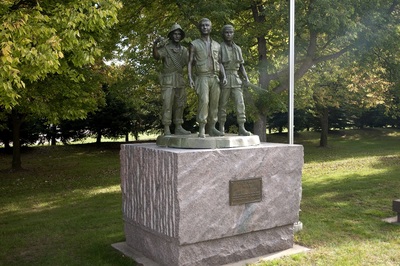 The U.S. government viewed American involvement in the war as a way to prevent a Communist takeover of South Vietnam. This was part of a wider containment strategy, with the stated aim of stopping the spread of communism. According to the U.S. domino theory, if one state went Communist, other states in the region would follow, and U.S. policy thus held that accommodation to the spread of Communist rule across all of Vietnam was unacceptable. The North Vietnamese government and the Viet Cong were fighting to reunify Vietnam under communist rule. They viewed the conflict as a colonial war, fought initially against forces from France and then America, as France was backed by the U.S., and later against South Vietnam, which it regarded as a U.S. puppet state.
more about the viet nam war here 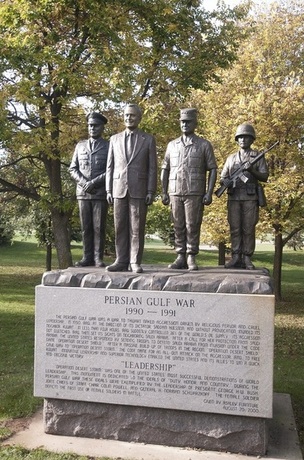 The war is also known under other names, such as the Persian Gulf War, First Gulf War, Gulf War I, Kuwait War, or the First Iraq War,[15][16][17][a] before the term "Iraq War" became identified instead with the 2003 Iraq War (also referred to in the U.S. as "Operation Iraqi Freedom").[18] Kuwait's invasion by Iraqi troops that began 2 August 1990 was met with international condemnation, and brought immediate economic sanctions against Iraq by members of the U.N. Security Council. U.S. President George H. W. Bush deployed U.S. forces into Saudi Arabia, and urged other countries to send their own forces to the scene.

An array of nations joined the Coalition, the biggest coalition since World War II. The great majority of the Coalition's military forces were from the U.S., with Saudi Arabia, the United Kingdom and Egypt as leading contributors, in that order.
more about the persian gulf war here 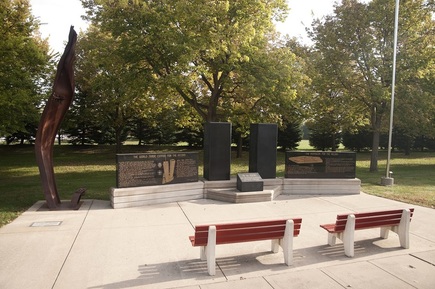 The War on Terror

also known as the Global War on Terrorism (GWOT) is a term commonly applied to an international military campaign that started as a result of the 11 September 2001 terrorist attacks on the United States. This resulted in an international military campaign to eliminate al-Qaeda and other militant organizations. The United States and many other NATO and non-NATO nations such as Pakistan participate in the conflict.[1]

The phrase 'War on Terror' was first used by U.S. President George W. Bush on 20 September 2001. The Bush administration and the Western media have since used the term to allege a global military, political, lawful, and conceptual struggle—targeting both organizations designated as terrorist and regimes accused of supporting them. It was typically used with a particular focus on countries supporting militant Islamists, including al-Qaeda and similar organizations.
more about 9/11 and the war on terror