﻿About Arcadia Wisconsin And The
Memorial Park

about ronald g. wanek - chief benefactor of soldiers walk
The city of Arcadia Wisconsin has a population of over 3,000. It is surrounded by farmland in the rolling hills and valleys of southern Trempealeau County. 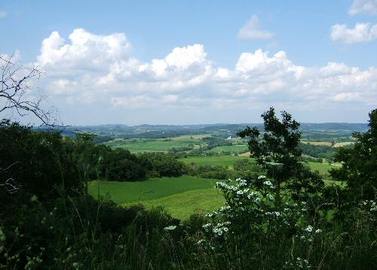 Click the image to enlarge
How The Memorial Park Began

In 1989, the town purchased 54 acres of land for a park, which now includes an aquatic center, tennis and volleyball courts, picnic areas, a large wooden playground, an outdoor amphitheater, a pavilion for indoor gatherings, and a facility with equipment for cooking 1800 pieces of barbecued chicken at the same time!

(That comes in handy on Memorial Day weekend when the community hosts its annual Arcadia Broiler Dairy Days festival in the park.)

The centerpiece of Memorial Park is its tribute to American statesmen and members of the armed forces who have served our country in times of war.

The first part of the memorial, the rotunda, covers the period in our nation's history prior to the founding of Arcadia.   Among its features are statues of George Washington and Andrew Jackson, and of soldiers who served in the War of 1812 and the Mexican War. 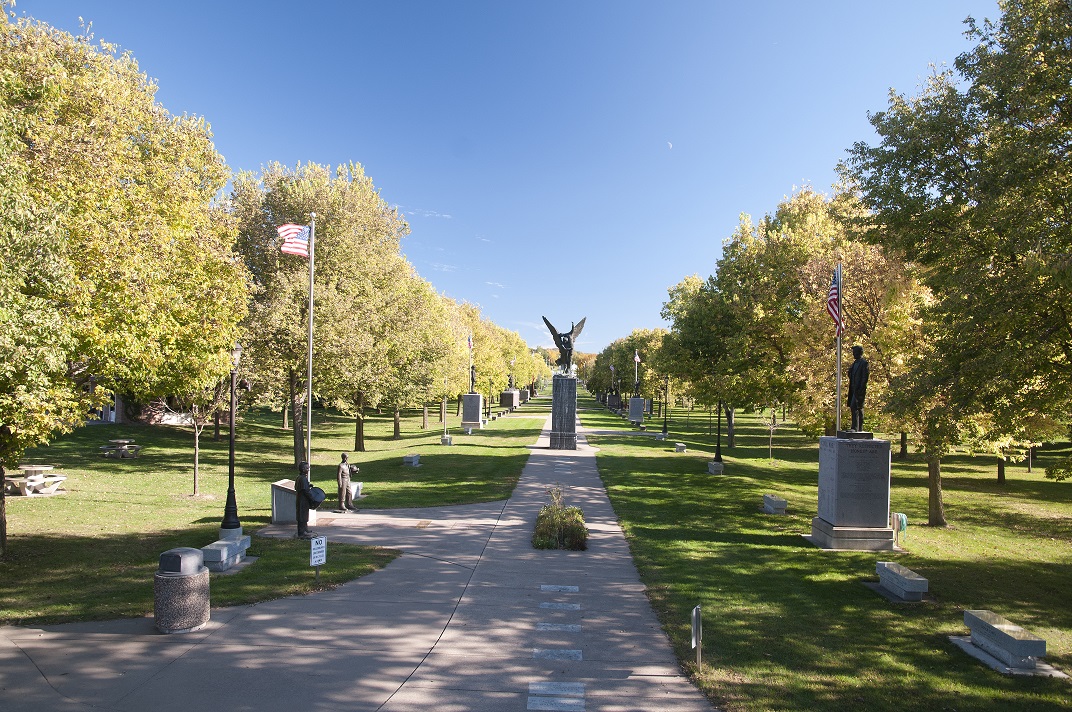 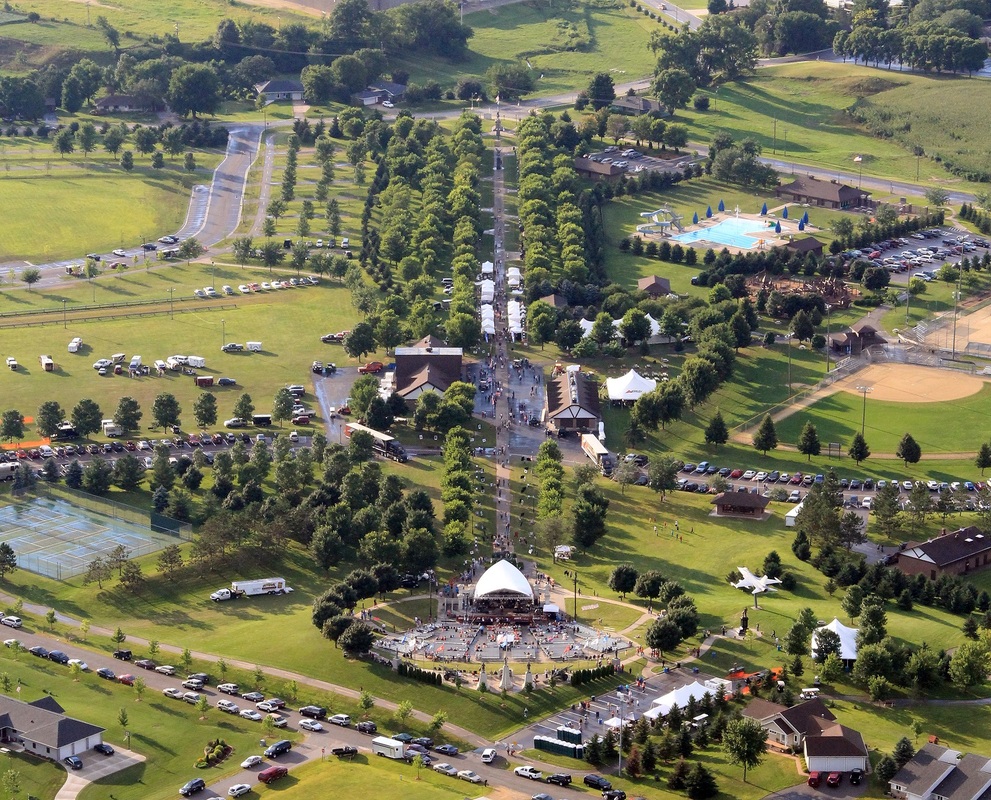 ​It was imperative that the program could run as a full-length documentary of the park, and have individual segments that worked as standalone video pieces explaining each monument and conflict.  These video pieces were then intended to provide visitors to the park a virtual tour and lesson by calling up their location on the Soldiers Walk on their smart phone or tablet.

The park was then wired for free WI-FI and a mobile APP was created so visitors could download the Soldiers Walk APP on their smartphone and take a walking/video tour of the 500 meter long park.

The full-length video made its debut airing on TCCTV cable channel 18 on Memorial Day 2016.  Since then it has received numerous compliments on the in depth recall of the events along with the beautiful images offered by the Walk, Park and Amphitheater.  TCCTV entered the full-length video in the 2017 Best of the Midwest Video festival held in Milwaukee in April.  Stations from Iowa, the Dakotas, Illinois and Wisconsin entered the fest and TCCTV is proud to report the Soldiers Walk Video received an Award of Merit.

TCCTV would like to thank the Ron and Joyce Wanek Foundation, Bill Napier of Napier Marketing Group and Ashley Furniture for this great opportunity to bring awareness of the impact local residents have had on the wars and history of our great nation.  Soldiers Walk Memorial Park is the largest Veteran’s Memorial Park outside of Washington D.C. with 28 memorials honoring all of our Veterans who have served, past, present and future. It is truly a one of a kind facility for our area and we at TCCTV hope this joint effort brings more people to visit the park.