The War In VietNam

Watch The Video To Learn More About The Vietnam Memorial

read about the vietnam memorial in washington d.c. AT THE BOTTOM OF THE PAGE

THESE ARE AMAZING, AND HEARTBREAKING FACTS!
The Vietnam War
From Wikipedia, the free encyclopedia

(Vietnamese: Chiến tranh Việt Nam, in Vietnam also known as the American War, Vietnamese: Chiến tranh Mỹ), also known as the Second Indochina War,[31] was a Cold War-era proxy war that occurred in Vietnam, Laos, andCambodia from December 1956[A 1] to the fall of Saigon on 30 April 1975. This war followed the First Indochina War and was fought between North Vietnam—supported by the Soviet Union, China and other communist allies—and the government of South Vietnam—supported by the United States and other anti-communist countries.[36] The Viet Cong (also known as the National Liberation Front, or NLF), a lightly armed South Vietnamese communist common front directed by the North, fought a guerrilla waragainst anti-communist forces in the region. The People's Army of Vietnam (a.k.a. the North Vietnamese Army) engaged in a more conventional war, at times committing large units into battle. As the war wore on, the part of the Viet Cong in the fighting decreased as the role of the NVA grew. U.S. and South Vietnamese forces relied on air superiority and overwhelming firepower to conduct search and destroy operations, involving ground forces, artillery, and airstrikes. In the course of the war, the U.S. conducted a large-scale strategic bombing campaign against North Vietnam, and over time the North Vietnamese airspace became the most heavily defended airspace of any in the world. 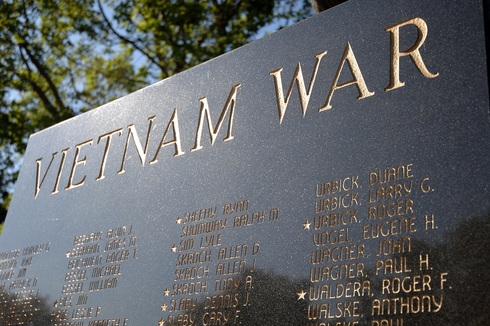 The U.S. government viewed American involvement in the war as a way to prevent a Communist takeover of South Vietnam. This was part of a wider containment strategy, with the stated aim of stopping the spread of communism. According to the U.S.domino theory, if one state went Communist, other states in the region would follow, and U.S. policy thus held that accommodation to the spread of Communist rule across all of Vietnam was unacceptable. The North Vietnamese government and the Viet Cong were fighting to reunify Vietnam under communist rule. They viewed the conflict as a colonial war, fought initially against forces from France and then America, as France was backed by the U.S., and later against South Vietnam, which it regarded as a U.S. puppet state.[37] Beginning in 1950, American military advisors arrived in what was then French Indochina. U.S. involvement escalated in the early 1960s, with troop levels tripling in 1961 and again in 1962.[38] U.S. involvement escalated further following the 1964 Gulf of Tonkin incident, in which a U.S. destroyer clashed with North Vietnamese fast attack craft, which was followed by the Gulf of Tonkin Resolution, which gave the U.S. president authorization to increase U.S. military presence. Regular U.S. combat units were deployed beginning in 1965. Operations crossed international borders: bordering areas of Laos and Cambodia were heavily bombed by U.S. forces as American involvement in the war peaked in 1968, the same year that the Communist side launched the Tet Offensive. The Tet Offensive failed in its goal of overthrowing the South Vietnamese government but became the turning point in the war, as it showed that South Vietnam was unable to fend for itself against the North, despite many years of massive U.S. military aid. As the point of U.S. victory was indeterminate, U.S. ground forces were gradually withdrawn as part of a policy known as Vietnamization, which aimed to end American involvement in the war while transferring the task of fighting the Communists to the South Vietnamese themselves. Despite the Paris Peace Accords, which was signed by all parties in January 1973, the fighting continued.

In the U.S. and the Western world, a large anti-Vietnam War movement developed. This movement was both part of a largerCounterculture of the 1960s and also fed into it. 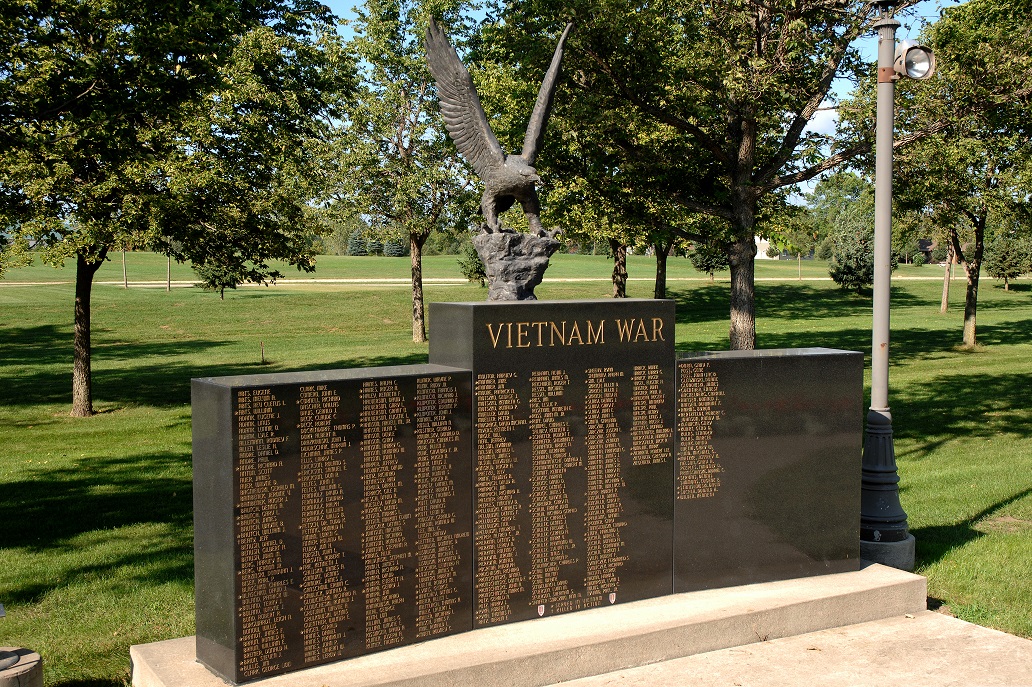 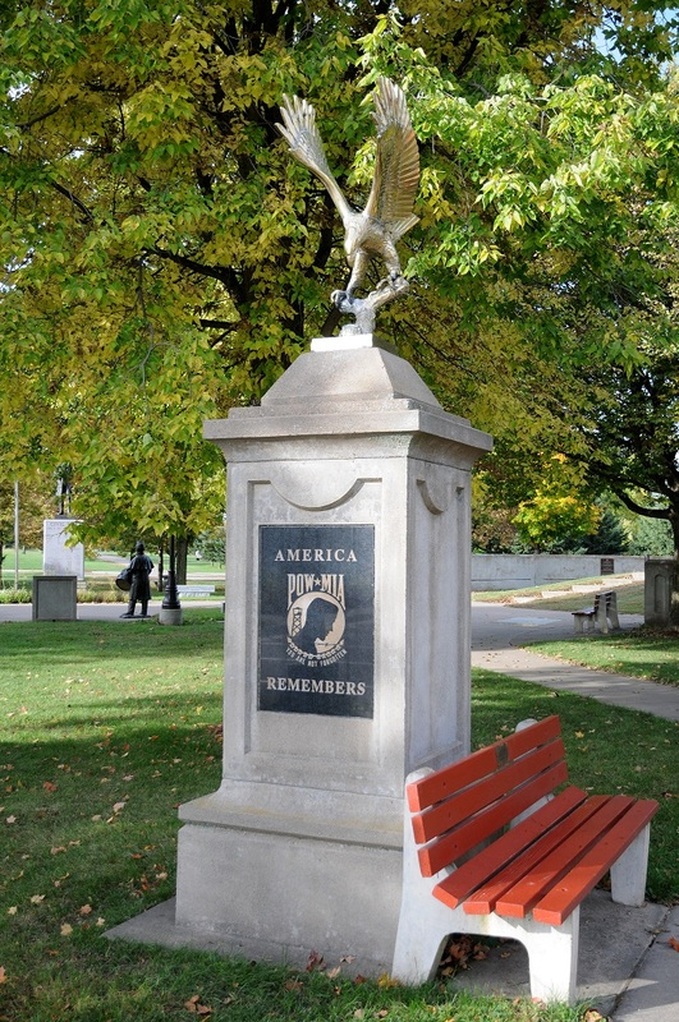 These are amazing, and heartbreaking facts! 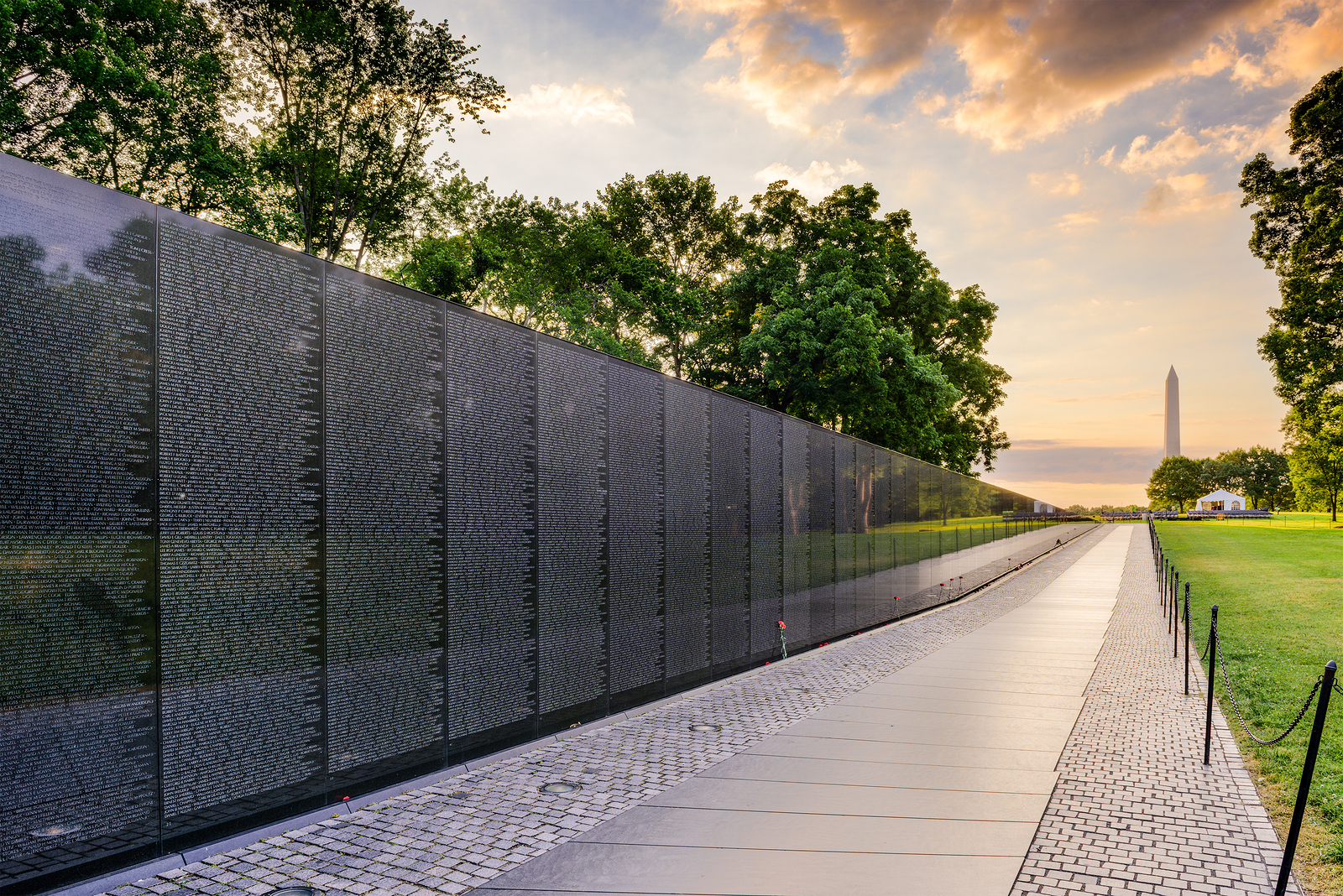 A little history most people will never know.

There are 58,267 names now listed on that polished black wall, including those added in 2010.

The names are arranged in the order in which they were taken from us by date and within each date the names are alphabetized. It is hard to believe it is 57 years since the first casualty.

There are three sets of fathers and sons on the Wall.

5 soldiers on the Wall were 16 years old.

997 soldiers were killed on their first day in Vietnam.

1,448 soldiers were killed on their last day in Vietnam.

31 sets of brothers are on the Wall.

Thirty one sets of parents lost two of their sons.

54 soldiers attended Thomas Edison High School in Philadelphia. I wonder why so many from one school.

8 Women are on the Wall, Nursing the wounded.

244 soldiers were awarded the Medal of Honor during the Vietnam War; 153 of them are on the Wall.

Beallsville, Ohio with a population of 475 lost 6 of her sons.

West Virginia had the highest casualty rate per capita in the nation. There are 711 West Virginians on the Wall.

The Marines of Morenci - They led some of the scrappiest high school football and basketball teams that the little Arizona copper town of Morenci (pop. 5,058) had ever known and cheered. They enjoyed roaring beer busts. In quieter moments, they rode horses along the Coronado Trail, stalked deer in the Apache National Forest. And in the patriotic camaraderie typical of Morenci's mining families, the nine graduates of Morenci High enlisted as a group in the Marine Corps. Their service began on Independence Day, 1966.  Only 3 returned home.

The Buddies of Midvale - LeRoy Tafoya, Jimmy Martinez, Tom Gonzales were all boyhood friends and lived on three consecutive streets in Midvale, Utah on Fifth, Sixth and Seventh avenues. They lived only a few yards apart. They played ball at the adjacent sandlot ball field. And they all went to Vietnam. In a span of 16 dark days in late 1967, all three would be killed. LeRoy was killed on Wednesday, Nov. 22, the fourth anniversary of John F. Kennedy's assassination. Jimmy died less than 24 hours later on Thanksgiving Day. Tom was shot dead assaulting the enemy on Dec. 7, Pearl Harbor Remembrance Day.

The most casualty deaths for a single month was May 1968 - 2,415 casualties were incurred.

For most Americans who read this they will only see the numbers that the Vietnam War created. To those of us who survived the war, and to the families of those who did not, we see the faces, we feel the pain that these numbers created. We are, until we too pass away, haunted with these numbers, because they were our friends, fathers, husbands, wives, sons and daughters. There are no noble wars, just noble warriors.

Please pass this on to those who served during this time, and those who DO Care.

I've also sent this to those I KNOW care very much and I thank you all for caring as you do.
​